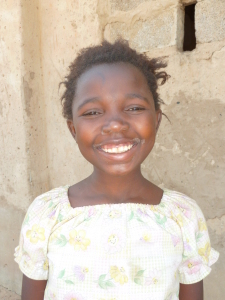 “I visited Play 4 All during a charity trip to Zambia. Jenny had explained to me that in the area that we were going, families were so poor that children were left alone for the majority of the day while both parents went out to work. In many cases, the oldest child would be charged with looking after their younger siblings. Despite being told this, I was still incredibly shocked when we arrived in the area and drove through the maze of homes. There were children everywhere, some only toddlers. And not an adult in sight. Play 4 All gives these children a place where they can go to play, learn, and be in a safe environment with the adult volunteers. I was impressed with the way that instead of giving them games to play with, they teach the children how to use resources they can find to make their own games – such as a draughts set from cardboard, with the squares coloured in felt tip, and bottle tops as counters. A couple of girls had made a skipping rope out of some bits and pieces, and were laughing as they jumped over it. My smile soon fell as I spotted a little girl stood watching them. She couldn’t get involved as she had her baby sister strapped in a baby hammock onto her back. This was an all too common sight. I saw a boy no older than about 7, cradling his unwell little brother who wouldn’t stop crying. Despite the good job he was doing to comfort his little brother, the volunteers were on hand to help out and give him time to play games like the other children – as he should be doing at that age. Play 4 All don’t want bucket loads of money to build fancy premises, or to buy state of the art toys. Any money raised would help to employ staff to run the project on a day to day basis and pay for the day to day running costs such as snacks and drinks for the children. More money raised wouldn’t necessarily mean better facilities, but it would mean a secure future for the centre and all of the children who would be left entirely to fend for themselves without it.” Jo, TV Producer, London